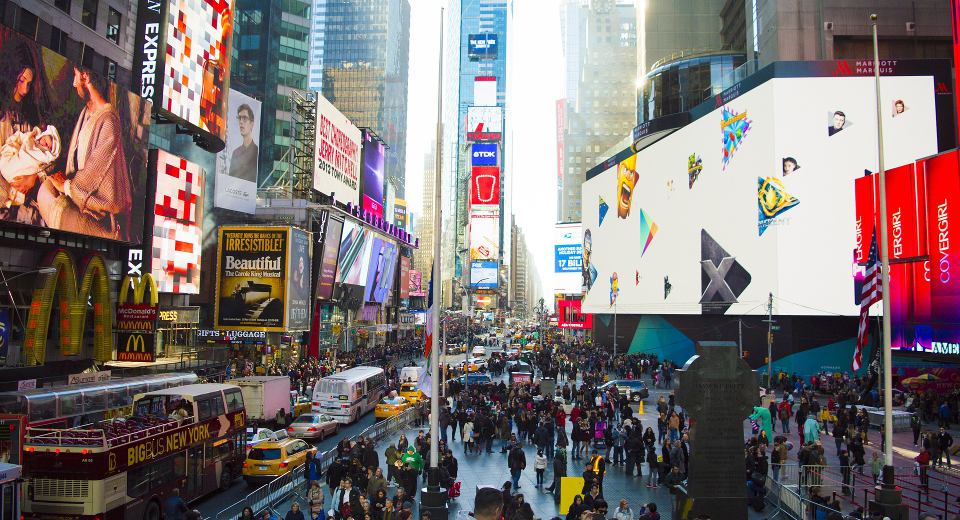 The most impressive digital signage screens in the world

Billboards have been part of the urban landscape of many cities and roads. But consumers are increasingly immunes to static advertising and marketers are forced to take more creative and innovative ways to enhance their impact. Creativity fosters advertisement, but also size (always) matters.

Let’s take a look at the famoust and impressive digital signage screens in the world.

With millions of lights and fascinating billboards, Times Square has become New York’s best-known image since ever. But step ahead the special one. The largest screen, located on the facade of the Marriott Marquis Hotel (Broadway – 45th) , has 24 million pixels and is 23 meters high by 100 meters long. To give you an idea, almost as big as a football pitch.

The technology used allows citizens and tourists to have a clear vision, even close up and if it were not enough, the screen is also associated with high definition cameras that eventually record the millions of passers-by who walk through the crowded streets and spread them live streaming, using social networks. 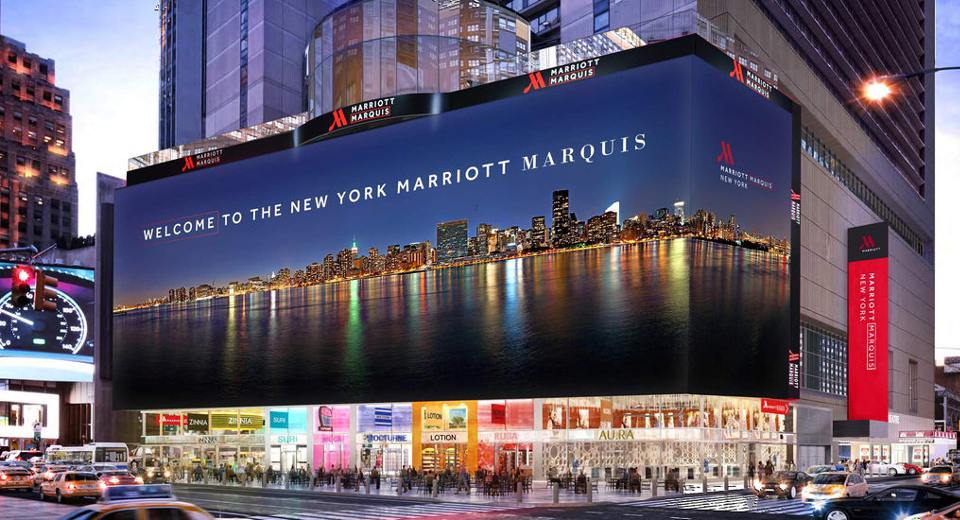 Home to the world’s largest projection screen, the Viva Vision canopy at the Fremont Street pedestrian walkway, is 27 meters above the ground and spans 457-meter in length, and 27-meter-wide. Featuring more than 12 million LED modules and a 555,000-watt sound system, the light shows run every hour and last about six minutes each. Average daily attendance at the Fremont Street Experience is more than 25,000. 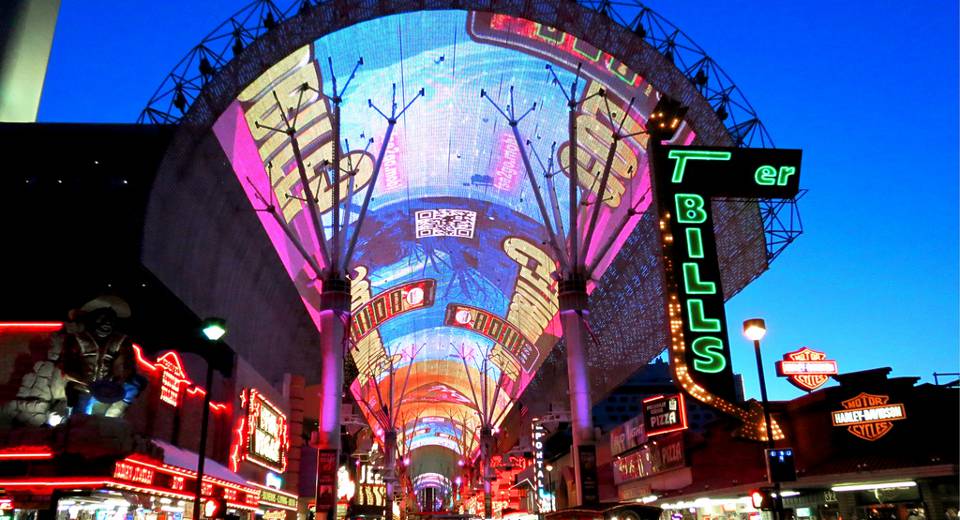 The Place is a high-end shopping center located in the Chaoyang District of Beijing. The entire canopy is made up of LEDs, with the entire screen measuring 250 meters long and 30 meters wide suspended 25 meters high. Of course Asia’s biggest screen. 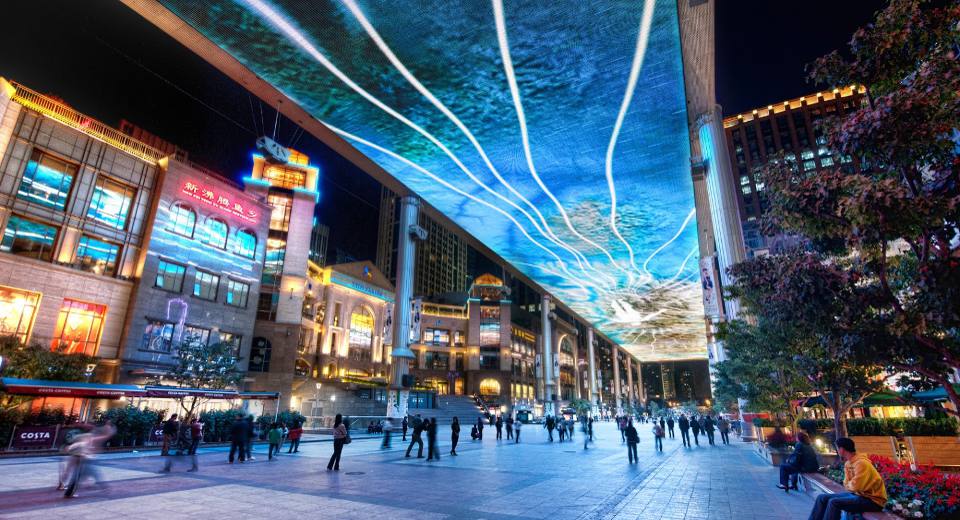 In the Plaza de Callao in Madrid, Samsung has installed a giant LED screen, 6 meters wide by 37 meters high. It is the largest outdoor screen in Spain. A smart LED facility able to repelling water and dust can operate at temperatures between 40 degrees below zero and 55 degrees over. Its technology allows new applications of live social networks more participative. 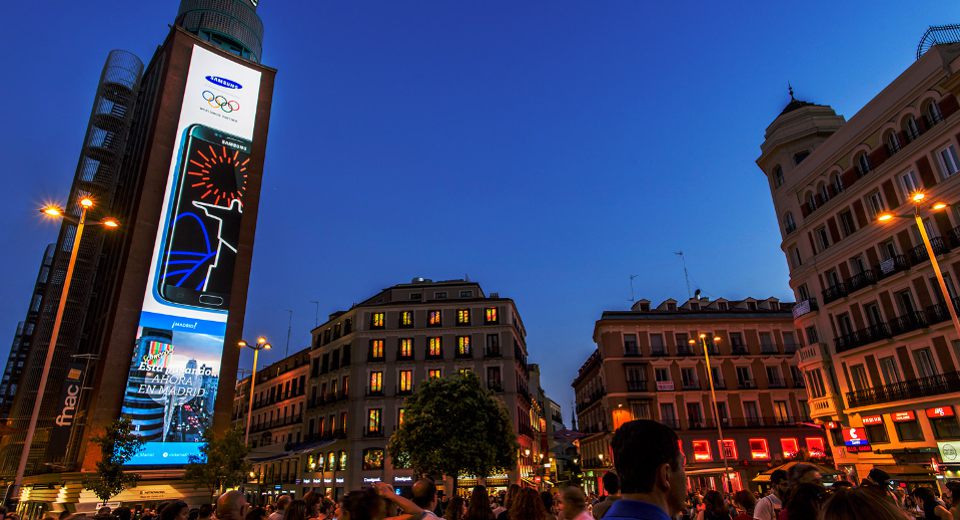 Piccadilly Circus, one of London’s busiest and most well-known areas known for its great bilboards and fancy advertisements. The iconic advertising screens will undertake the major upgrade from January 2017 to the end of the year. The previous screens will be replaced with Europe’s largest single digital screen (790 sq m), which will retain its renowned curved shape, surface area and its ability to have a patchwork appearance. Advertisers will be able to take advantage of the screen’s ability to rotate between six full-motion sections, which will be shared, while also having the chance to harness brief single-brand takeovers of the complete screen. 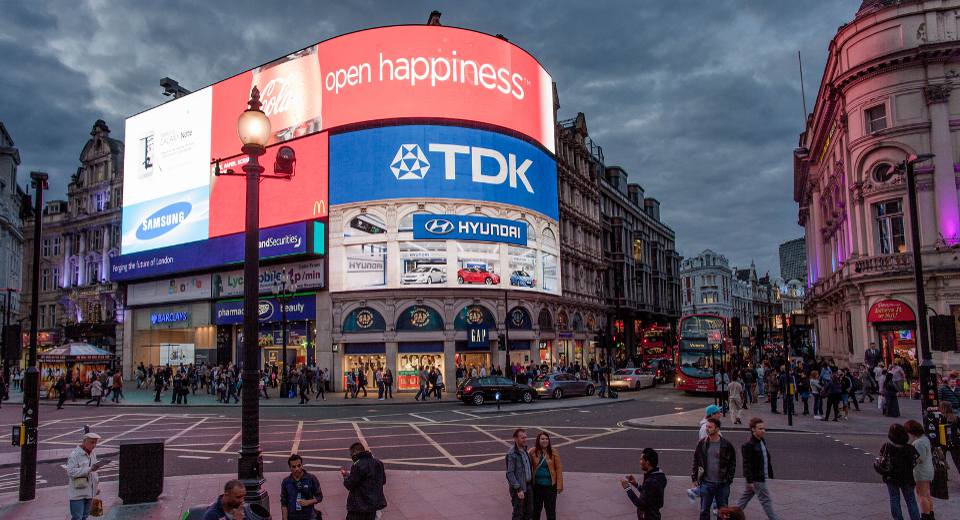 These LED facilities become tourist claims for their cities, but not all marketers and advertisers need to have the biggest screen in their day to day. That is why it is fundamental for a brand needing to start up its own digital signage network to clearly define its own approach, objectives and requirements, in order to have the best possible solution adapted to its needs.

In MALER Digital Signage we use to say the most important thing is not the screens, but what is behind. We talk about software, security, scalability, management peaks of activity, and maintenance. Here is the difference between a troubled network and an efficient, stable and cost-effective digital signage solution.

Purpose of the collection and processing of personal data: Manage the information that you request through this contact form.

Rights: You can exercise your rights of access, rectification, limitation and delete the data at sales@malerdso.com, as well as the right to file a claim with a control authority.

Recipients: This form is sent by mail and the data you provide will be stored in the Raiola Networks hosting. They will not be transferred to third parties.

You can find out more about which cookies we are using or switch them off in settings.

This website uses cookies so that we can provide you with the best user experience possible. Cookie information is stored in your browser and performs functions such as recognising you when you return to our website and helping our team to understand which sections of the website you find most interesting and useful.

Strictly Necessary Cookie should be enabled at all times so that we can save your preferences for cookie settings.

If you disable this cookie, we will not be able to save your preferences. This means that every time you visit this website you will need to enable or disable cookies again.