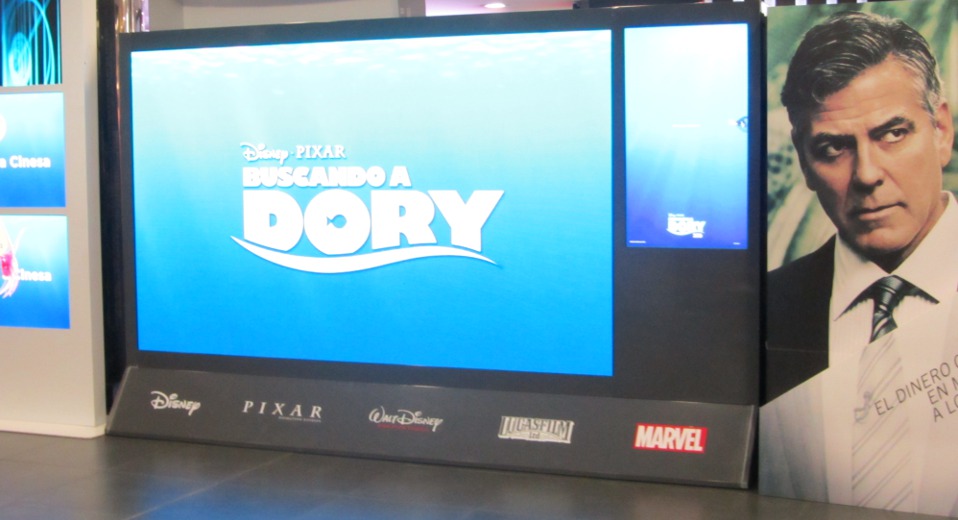 Agreement with CEGA for Disney Iberia and Urban Vision systems

MALER Digital Signage and CEGA Audiovisuales have reached a wide range collaboration agreement. The alliance has its roots in the recent participation of the two companies in Amsterdam at ISE 2017, the most important audiovisual fair in the world, a great experience to work side by side for a week at the MALER Digital Signage booth.

One of the projects in which the two brands have already begun to collaborate is for The Walt Disney Company Iberia standees. CEGA has deployed the instalation and do maintenance on the sets and MALER runs the system, licensing program and monitoring. The standees are a mobile digital signage modular framework, consisting of a 2×1.5 meter LED display and a 43-inch LCD monitor in portrait mode.

This large self-standing displays shows the posters of the films in billboard and project trailers, perfectly synchronized and with sound. So far, they have been installed for The Walt Disney Company Iberia in different shopping centers such as: Palacio del Hielo, Parquesur and Sambil Outlet in Madrid; Diagonal Mar, La Maquinista and Splau, in Cataluña; Thader, in Murcia…

Another project in which the two companies have begun to collaborate is the Urban Vision digital signage network at shopping centers in Spain like Heron City Las Rozas, Heron Diversia, Nassica, Plenilunio and Tres Aguas, in Madrid; Cines Lys and Heron City Valencia, in Comunidad Valenciana; Plaza Mayor Málaga, in Andalucía; Festival Park Outlets, in Baleares; and Splau, in Cataluña.

In these shopping malls, MALER Digital Signage has been responsible for the implementation of the system, configured according to the CEGA requirements for advertisement company Urban Vision.

The agreement allows MALER Digital Signage to also have in its catalog of hardware suppliers with state-of-the-art LEDDS technology, registered in Spain and in Europe by CEGA Audiovisuales S.L.

These are large format screens and custom-made that can be perfectly adapted to the needs of corporate digital signage networks complying with the most stringent standards required by the European Union.

Cega Audiovisuales S.L. is an event planner focused on audiovisual projects. From business meetings, to major concerts, the team can design and produce a high quality show or performance, using most advanced technology to provide sound, lights and action to any live event. CEGA Audiovisuales is also oficial dealer of LEDDS screens and follows UE specifications to built LED screens.

Purpose of the collection and processing of personal data: Manage the information that you request through this contact form.

Rights: You can exercise your rights of access, rectification, limitation and delete the data at sales@malerdso.com, as well as the right to file a claim with a control authority.

Recipients: This form is sent by mail and the data you provide will be stored in the Raiola Networks hosting. They will not be transferred to third parties.

You can find out more about which cookies we are using or switch them off in settings.

This website uses cookies so that we can provide you with the best user experience possible. Cookie information is stored in your browser and performs functions such as recognising you when you return to our website and helping our team to understand which sections of the website you find most interesting and useful.

Strictly Necessary Cookie should be enabled at all times so that we can save your preferences for cookie settings.

If you disable this cookie, we will not be able to save your preferences. This means that every time you visit this website you will need to enable or disable cookies again.